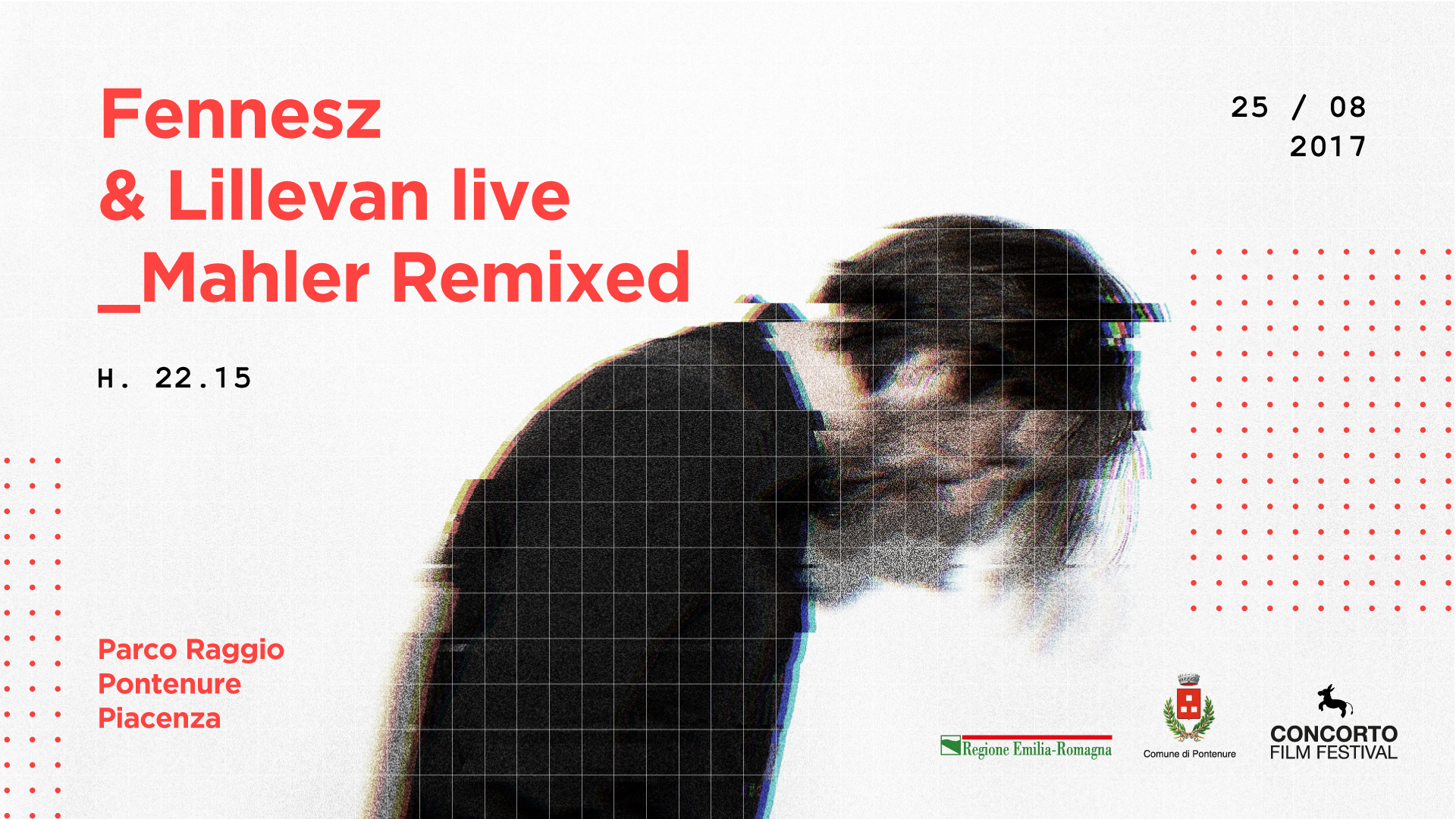 Concorto continues its journey through the contemporary electronic music, and after Teho Teardo and Murcof, this year it will host a live exhibition with Christian Fennesz. The Austrian musician will play in a beautiful en plein air concert on the 25th of August 2015; together with visual artist Lillevan, they will present the project “Mahler Remixed”.

With “Mahler Remixed” the Austrian musician Christian Fennesz offers his personal contribution to the reconsideration of Mahler’s work by dissecting and reconstructing his compositions through the process of electronic elaboration. The output is completely new, which apparently no longer has anything in common with the original score of the great Viennese composer. Mahler’s music is, in fact, dominated by fuzz and glitches; it liquefies in reverberations and distortions, it transforms into noise, it dissolves into silence, and then resurfaces in its crystalline purity. In the four remixes of this performance – which follow the four movements of the classical symphony – the cells of Mahler’s original score alternate according to the very personal intuitions of Fennesz, which intervene without any desecrating intent, but rather aiming to highlight Mahler’s profound modernity. The first live performance took place on 2011 in Vienna – the city where Fennesz was born but also where Mahler used to live – “Mahler Remixed” has become renowned the word over, revived through every concert held in festivals and in prestigious halls such as the Carnegie Hall in New York and London’s Barbican Centre. In 2014 it also became an album. An essential part of this performance is Lillevan’s live visuals, a well-known, German visual artist and cofounder of the berlin-based group Rechenzentrum. On stage the two artists are standing next to each other, and while Fennesz generates sounds with his guitar and laptop, Lillevan, through his console, displays colours and abstract images that are projected on a big screen.

Guitarist, composer and musician, the Austrian Christian Fennesz is a key figure and one of the most original voices of the contemporary electronic music scene, as well as a veritable trailblazer of the current defined as “glitch music”. After his first two album “Hotel paralel.lel” (1997) and “Plus Forty seven degrees 56′ 37″ Minus sixteen degrees 51′ 08” (2001), in which the musician innovatively combines synthetic sounds with field recordings and laptop music, his third work “Endless Summer” (2001) arrives as testament to the consecration of Fennesz as a top-tier artist of the international electronic scene. The album ends up being considered one of the most influential manifestos on glitch aesthetic, wherein the sounds produced by computer malfunctions are reclaimed as raw material for a new expressive language. His subsequent work mark a progressive abandonment of dysfunctional aesthetics in favour of an approach towards ambient landscapes: from the melodiously digital impressionism of “Venice” (2004) to the vast frescoes of low frequencies and harmonics of “Black Sea” (2008) to his last album”Bécs” (2014); not to mention his various collaborations with artists like: Ryuichi Sakamoto, David Sylvian, Keith Rowe, Mark Linkous (Sparklehorse), Mike Patton and many others. Last but not least, he formed, together with the founder of Mego, Peter Rehberg (pita) and Jim O’Rourke, the improvisation trio Fenn O’Berg.

Lillevan is a visual artist specializing in animation, video and experimentation through the use of different mediums. He was one of the founding members of the Rechenzentrum collective (1997-2008). Lillevan has collaborated with many artists coming from disciplines that are very different from each other; from lyrical opera to film editing, from minimal techno to more experimental electronica. His live performances and his works have been performed and exhibited throughout the world in many of music and visual arts festivals, private galleries and museums.