Tano D’Amico is an Italian photographer. His pictures are all characterized by a unique and peculiar view of the world, an eye for the right moment, for the unusual that lingers in everyday’s life.
He began his career in 1968, following the “student revolution” in Italy. He travelled around the world, shooting photos in the USA, in Greece during the Regime of Colonels, in Chiapas, Bosnia, Somalia and many times in Palestine.
His pictures tell us about factory workers, feminists, miners, gipsies, unemployed people; Tano shows us what happens in asylums, in refugee camps, prisons, in places where human dignity seems forgotten.
His photos, always in black and white, tell us a different story, something that goes deeper than mere chronicle; the people with no power are portrayed with a closeness that brings us all at the same level. 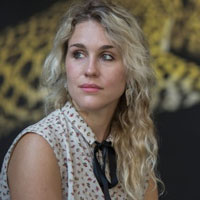 Konstantina Kotzamani is a graduate student of Film Department of Fine Arts of Thessaloniki. Her short films have participated in several International Film Festivals and have gained several awards.
Her film Washingtonia premiered in Berlinale 2014 in Berlinale Shorts Competition program and was nominated for the Golden Bear. Washingtonia was awarded by the Greek Film Academy as the best Short Film 2014 and also Awarded by the European Film Academy with the EFA award in Gent International Film Festival. Konstantina Kotzamani was chosen to take part and present her work in Future Frames at the 50th Karlovy Vary Film Festival 2015.
Her last short film Yellow Fieber has partecipated in Locarno Film Festival 2015 in the international competition Pardi di Domani. 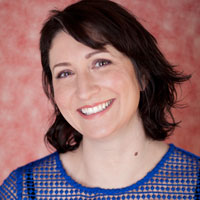 Originally from Duluth Minnesota, writer/director Sarah Jean Kruchowski  received her BA from University of Minnesota in Ethical Media and Sociology, before immediately launching a career in the “ethical” world of commercials.
After several years working out of Minneapolis on such projects as the Coen brothers’ A SERIOUS MAN, Jill Sprecher’s THIN ICE, and Bent Hamer’s FACTOTUM, Sarah Jean moved to Los Angeles to pursue her MFA in directing from UCLA. Since then, she has been blessed to work with Bad Robot, Rabbit Bandini, Sony Pictures, Lifetime, and Point Grey.
Sarah Jean’s short films have played around the world, garnering her several awards like the Barbra Streisand Fellowship for women filmmakers, IFP Fresh Filmmaker Grant, and the Hollywood Foreign Press Donor Award.
Sarah Jean continues to direct commercials with Minnesota production company, Threevolts, for such clients as Delta, Cheerios, Imation, and Hamburger Helper.
Along with screenwriter/producer Jackie Vleck, Sarah Jean is half of their production company Ultraloom, specializing in socially conscious filmmaking with a female voice.
In her spare time, Sarah Jean dabbles in experimental animation and continues unsuccessfully to attempt to learn French. 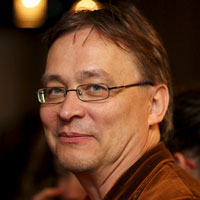 Jukka-Pekka Laakso  is the festival director  of  Tampere Film Festival.  He has  been involved with the selection and programming since 2000. As a festival director he shares the responsibility to strategic planning and programming with a co-director.
Jukka-Pekka Laakso acts also as the executive director for  Pirkanmaa Film Centre  a local film centre in Tampere. The film centre is a non-profit organisation that runs an art-house cinema, distributes films in Finland and works extensively with media education.
Jukka-Pekka Laakso is also a member of the National Film Council of Finland and of the European Film Academy. 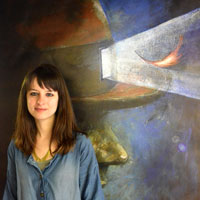 Born in 1988 in Avignon (France, Vaucluse), Sarah Momesso graduated with a B.A. In Information and Communication Sciences and a Masters’ in Cultural Development Strategies, from the University in Avignon.
Passionate about the theatre and cinema, she got involved with short films when joining the Cinambule team, who organizes the “Court c’est court!” festival.
She then did her Masters’ thesis on analysing the sociology of audiences at the Clermont-Ferrand Short Film Festival, under the direction of Emmanuel Ethis.
In 2012, Sarah joined the team of Sauve qui peut le court métrage, where she is in charge of communication and publications for the Clermont-Ferrand Short Film Festival. Sarah has also been on the festival’s national selection committee since 2014.