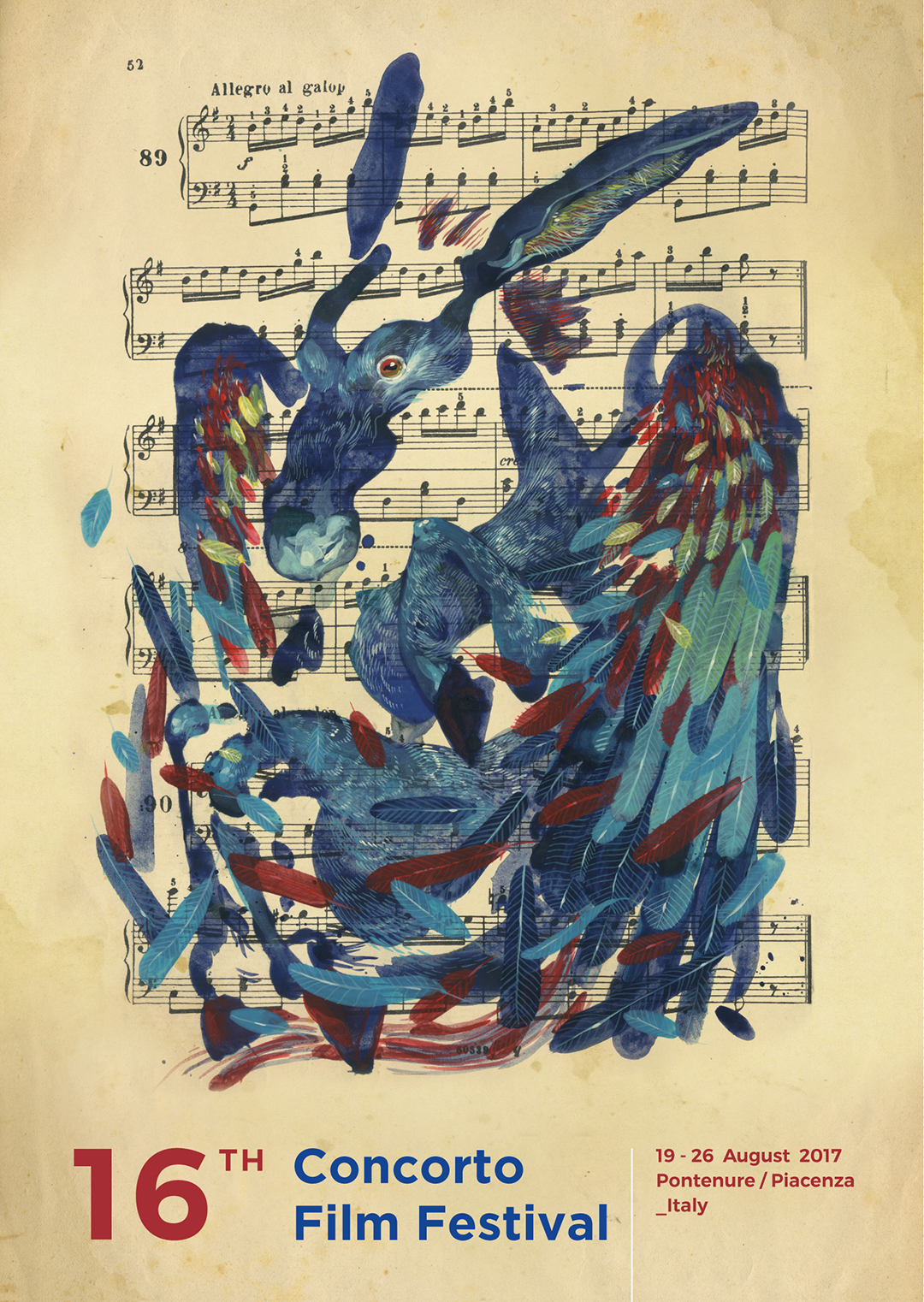 For the 2017 edition, Concorto entrusts the symbol of the festival to a talented Italian artist once again. After DEM, Ericailcane and Stefano Faravelli, now it’s up to Hitnes; at a gallop, his donkey changes its shape, like a chimera. From a quadruped, it shapes into a peacock, and then into a hippogriff, in a whirlwind of electric blue feathers. It is an ever-changing mythological animal from a medieval bestiary, a frame, a perfect symbol for a festival of ever-changing images.

Hitnes was born in Rome in 1982 and began to draw at a very early age. He has expressed himself as a writer and a muralist since 1996. Starting from 2001 he took part in international publications, and collective and personal exhibitions in Europe, Australia, Mexico, China, and Russia. He currently lives and works in Rome.

“With his real and imaginary animals, he reinvents nature to create a personal taxonomy. A research on the known realm of nature, interwoven with the unknown realm of imagination. Hitnes produces ideas of animals, dreams of other worlds where imagination is the primary creative force. “ – Simone Pallotta, curator of the exhibition “From Street to Art”