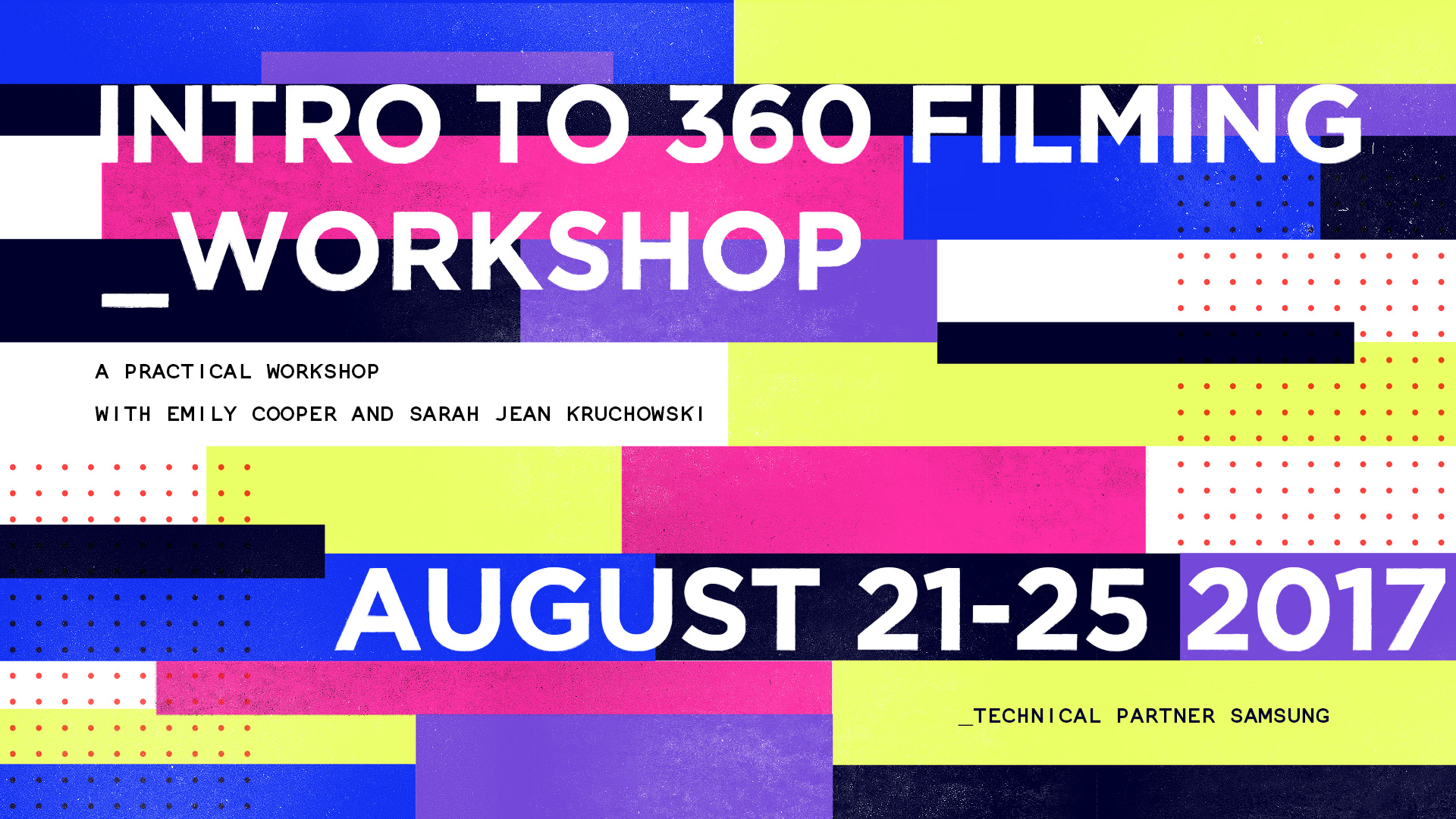 5 days workshop with director Sarah Jean Kruchowski and 360 expert and director Emily Cooper (director of Emmy Finalist project, The World Cup of Hip Hop: Take Back the Mic)
Technical Partner: Samsung
Duration: August 21-25, 2017
With nearly 6 billion dollars being invested in virtual reality since 2010, 360 & VR are no longer intangible ideas of the future, but new mediums for content creation. Almost every hardware manufacturer, mobile company, and studio has at least dipped their toes into this new form of storytelling.
Although the barrier of entry into this new medium might seem overwhelming and costly it doesn’t have to be. It is the time for innovators and creators to start exploring how they might enjoy working in this industry. This is the perfect time for young creators to start learning about the possibilities in this facet of the industry and shaping their skills to create more depth to their tool-set.

Workshop goals
In this workshop we will introduce the basics of 360 video & VR. The first two will be spent exploring the differences and similarities in 360 filmmaking versus traditional filming. After grasping what 360 video is and the difference, we will move onto hands on learning as a group. The last several days will be dedicated to the participants breaking up into 3-4 group to create their own original work. SJ and I will spend time with each group to help them through any issues while giving them the freedom to explore. The last day-two days will be spent editing their 360 video and learning the secrets on how best to edit in 360.
The goal of this workshop is to introduce the participants to the basics of 360/VR filming through instructional and hands on learning. We will equipment them with the knowledge and confidence to continue to create 360 video beyond the festival.

Outcomes and takeaways
– Workshop participants will walk away with an original piece of 360 content they have created in their small groups.
– Festival reception to showcase content created during the workshop. Workshop participants will be able to showcase their original works to the entire community of Concorto Film Festival.
– Samsung VR is interested in showcasing the original works on their VR platform/app. This means the content would be viewable on their website, cell phone 360 app, and inside the Samsung Gear VR.

Enrollment And Costs
To enrol or to get more information write an email to sara.rinaldi@concorto.com; remember, seats are limited! No equipment needed.
Costs: €200 full price, €150 student promo
ENROLLMENT DEADLINE: July 25