“A border indicates a common boundary, a separation between contiguous spaces: it is also a way to establish, in peaceful way, the right of ownership of everyone in a disputed territory. A frontier, on the other hand, represents the end of the earth, the very last limit and surpassing it meant to go beyond superstition, against the will of the gods, beyond the righteous and the permitted, towards the  unknown which would have provoked envy. Crossing the frontier, is to infiltrate inside a territory made up of harsh, steep and treacherous lands and having to face the dangerous monsters that inhabit them. It means stepping out of your comfort zone, your familial, reassuring turf and enter into one of complete uncertainty. This passage, crossing the border, also changes the character of an individual: beyond the border we become foreigners, emigrants, strangers not only to others but sometimes also to ourselves”.
Piero Zanini – the meanings of the border.

Borders is a competitive selection born from the collaboration between Lago Film Fest and Concorto Film Festival, intended as a moment to reflect, through cinematic representation, on a recurring concept in the contemporary debate and often difficult to define: the concept of borders. The word border is being increasingly associated with terms such as conflict, fear, exclusion, alien. In a world that in the last decades has been rapidly transformed by riding on the ragingly fast wave of globalization, we seem to witness today an abrupt change of course: the universal ideal of the forming a federation of States in order to abolish the borders that separate them and pursue common interests appears to be in crisis the word over, questioned by (often inauspicious) identity claims.

Our invitation to ponder on this topic emerged from our own point of view: we are two short-film and visual arts festivals, our aim is to offer a plurality of visions and interpretations of the word border by crossing over to cinema, graphics and surreal geopolitics.

BORDERS WORKSHOP with makethatstudio
by Lago Film Fest
During the festival, a team of artists, present at Lake Film Fest, will present their work by the concept of the border: throughout an ad hoc workshop, reflections and interpretations on the theme will manifest in a series of artistic works which will be revealed in August, during the next edition of Concorto Film Festival. Imagining finding ourselves in 7102 d.C., in a Europe, geographically and politically very different from the present one, the participants of the workshop will be invited to redesign the geography of the European continent and to design the flags of the present States, exalting values, history and characteristics. An eccentric twist on the concept of the border, curated by makethatstudio in collaboration with Concorto.

BORDERS – THE SELECTION
by Concorto Film Festival + Lago Film Fest
The objectives of BORDERS are essentially divided in two; firstly, to explore the concept of the border as a symptom of a contemporary transformation, one that concerns the apparent abandonment of political globalization by member States, an abandonment that has gave way to nationalistic claims which became ever more powerful due to the increasingly significant flow of migrants.
The second objective is to gather films with the capacity to interpret the theme of borders without rhetoric and with an innovative narrative and visual style. The result was a selection of ten short films-documentaries that address the theme using various narrative registers with unconventional visual choices. Many of these short documentaries deal with the issue of contemporary migrations, while others move over the socio-political analysis and concentrate on more marginal variations, as the film MAKHNO, which portrays the geographical boundaries as true trans formative entities of mankind and its culture or like NO MAN’S LAND that investigates the neutral space between life and death, a space represented by cocoon-like environments in which the preparations of the funeral rite take place. INITIATION, on the other hand, is an investigation carried out on African soil where the transition between childhood and adulthood is still sanctioned by the rite.
Even the authors of works in which migration and conflicts references are clearer, choose to take on the theme from specific angles as in BEAUTY OF A STATELESS MIND, a true celebration of the creative instinct viewed as an impulse that brings with it the conservation of humanity or like MANY MORE REASONS, a travel story narrated by a protagonist who is never seen; a journey marked by the images of a territory that which was the very landscape of migration itself.
The selection continues with DON’T COME TO EUROPE which alternates between Europe and Africa to underscore the distance of perception and the hopes that animate distant persons not solely in a geographical sense, and with THE OTHER SHORE which tells the story of a delicate epistolary relationship, a union between two souls experiencing loneliness, in two different ways and yet similarly willing to live their life in a foreign land. MERYEM takes us on the front of the war in Kurdistan where some women soldiers brave the reality of the conflict daily within a group in which solidarity and sisterhood provide strength and hope. THE TEMPTATION OF FORTRESS encapsulates in this efficient title the accurate investigation (historical, social, urbanistic) performed by the author of a Country’s strong will to conquer and rebuild. Animation also makes its appearance in BORDERS with 489 YEARS, a short film that leads us to a famous no man’s land, the space between the two Koreas that is not only a geographical area; in the vision of the author the zone assumes unreal, imaginary contours as if the border, in this case, were transformed in a luxuriant natural trap.

THE SELECTED SHORTS
489 YEARS, by Hayoun Kwon, France
Meryem, by Reber Dosky, The Netherlands
Beauty of a Stateless Mind, by Lutia Swan-Hutton, UK
Makhno, by Sandro Bozzolo, Italy
Do not come to Europe, by Lundberg Minna/ Pousette Hanna/ Joneström Pontus, Sweden
No Man’s Land, by Asfaneh Salari, Portugal/Iran
Initiation, by Teboho Joscha Edkins, Germany
The temptation of fortress, by Martina Magri, France
Many more reasons, by Clément Postec, France
From the other shore, by Jean-Claude Banys, France 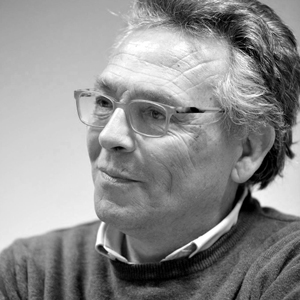 Gianni D’Amo
Gianni D’Amo was born in Milan in 1953 and has been living in Piacenza since 1968. He is a history and philosophy professor. From a very young age he was involved in the student uprising of ‘68.
From the end of the ‘70s to the early ‘90s he collaborated with many newspapers and magazines belonging to the extra-institutional left-oriented movement. In 1991 he collaborated with director Amedeo Anelli and others on the foundation of Kamen’ – A Poetry and Philosophy Journal and he is still a member of the Journal’s newsroom. 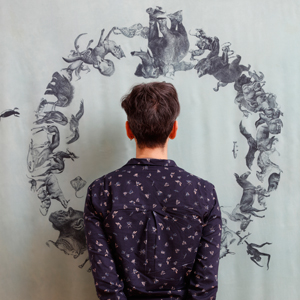 Claudia Losi
Claudia Losi (Piacenza, 1971). After graduating in Foreign Languages and Literatures, and after her studies at the Fine Arts Academy in Bologna, Claudia Losi has lived and and worked both in Italy and abroad.
Her most recent personal exhibits are: Asking Shelter, Monica De Cardenas Gallery, Milan (2017); How do I imagine being there?, Maramotti Collection in Reggio Emilia; About Proximity, Weaving & We, Second Hangzhou Triennial of Fiber Art, Hangzhou, China; What My Shape Says, performance commissioned by Marina Rinaldi, Teatro Arsenale, Milan (2016). In 2015, Concha de Amor, performance at Livorno in Contemporanea, Livorno. In 2012 and 2010 she exhibited at La Maréchalerie of Versailles, at the London MAXXI Museum, at the Grenoble MAGASIN, at the Fondazione Arnaldo Pomodoro in Milan and at the London Royal Academy. In 2008, she exhibited at the Marino Marini Museum in Florence, at the Stenersen Museum in Olso and at the Ikon Gallery in Birmingham. In 2007, she took part in the Sharjah Biennal 8 in the United Arab Emirates. Since 2004 she has been developing the Balena Project: the mythical tale of a full-scale fin whale made of cloth that travelled the world engaging with different people at every stop. 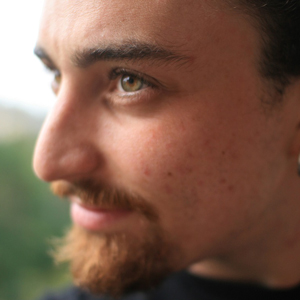 Tomás Sheridan
Tomás Sheridan loves telling global stories through local stories.
His works, including documentaries and international co-productions as well as small projects, have participated to many festivals around the world. They have often won prices and been purchased by and/or produced for TV channels in four continents. Tomás was born and raised in Turin. He studied cinema in Edinburg, Scotland, where he is currently working at his own production company, Polifilm Media, which aims to make documentaries presenting new points of view to the viewers. In the last few years, the company social commitment has increased and extended beyond the movie screen. Through teaching of audiovisual and narrative techniques, Polifilm has reached people of all ages and origins, developing self-esteem and teamwork, expanding its technical and creative knowledge and opening up the world of cinema to many newcomers. Tomás still finds it strange to write about himself in the third person.