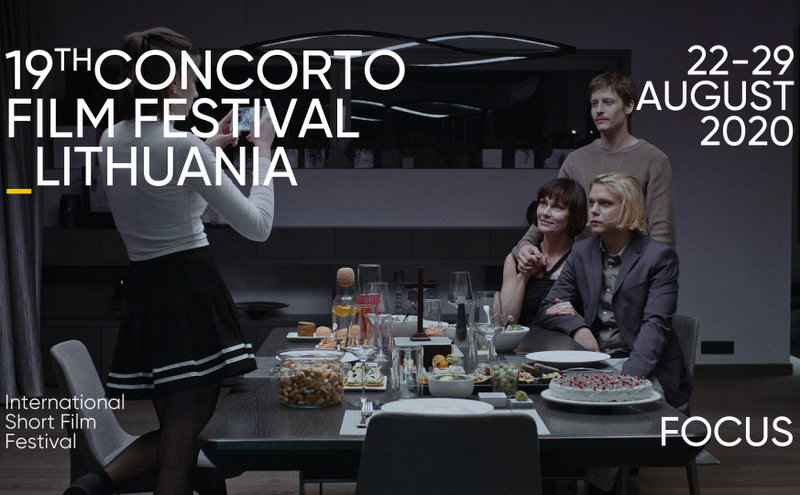 One of the geographical Focus is on Lithuania. The Lithuanian cinema is among the youngest around, a fertile ground that has led several short films to compete and be awarded at numerous festivals. The idea of this Focus comes from the victory of Kolektyviniai sodai (Community Gardens) di Vytautas Katkus at the last edition of Concorto: an Asino d’Oro (Golden Donkey) glued to the cinematic present and to an evolving cinematography. For the last two decades films and short films have been premiered at the most important international festivals. Retrospectives on the job of Audrius Stonys and Šarūnas Bartas, famous directors still active today, have been presented at festivals such as Visios du Réel (Switzerland), Cartagena Film Festival – FICCI (Columbia), Transilvania International Film Festival (Romania), European Film Festival Palić (Serbia), Kiev Molodist International Film Festival (Ukraine). The feeling of an active movement is reinforced not only by the increase in film production – in 2016, 13 Lithuanian films debuted in cinemas while in the last ten years there have been only two or three feature films a year – but also by daring premières of young artists. In these films we experience an ironic point of view on reality and an analysis of social masks. A strong tradition of documentary films has developed in Lithuania since the 1960s and has been passed down through generations encouraging filmmakers to discover original perspectives and to explore existential questions as well as national identity. The contemporary Lithuanian documentary often departs from the canons and looks for new ways to express reality – young directors frequently deal with painful social issues and present individuals “at risk”. Short films and animation films are original and atypical too. This intersection between traditional auteur cinema and Lithuanian cinematography shows new stylistic and thematic trends that we want to highlight with this Focus. The festival is organised together with Lithuanian Shorts: a Lithuanian agency of short films founded in 2012 that promotes Lithuanian short films nationally and internationally.