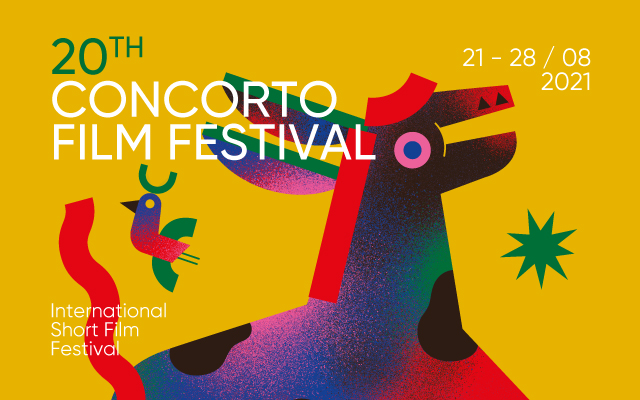 For its 20th anniversary, Concorto asked Camilla Falsini, a talented author whose imagery is rich in animals, colorful and hieratic creatures, cute sphinxes that seem to belong to an unconventional cubist bestiary, to create this year’s poster.

The donkey we are entering 2021 with is boldly hovering over the roofs of a sleeping village, where disturbing shadows, which recall those of De Chirico, are counterbalanced by irresistible clouds and a delightful bird who looks like a tuning-fork. It is the only one to witness, together with a star (or is it a firework?), the astonishing event of the flying donkey.

A very rare and mythological phenomenon, observed by few and narrated by many, which every year repeats itself despite everything and everyone. The braying of Falsini’s donkey, totally unordinary due to its extravagant mottled coat, is the most playful and irreverent sound you could think of: a surreal battle cry that speaks out against the sadness of these uncertain times and tries to find some mental health in the most insane form of art, that of the cinema. 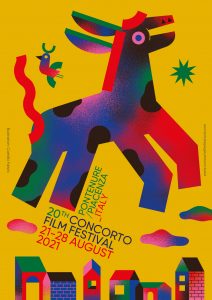 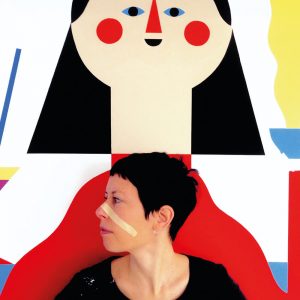 Camilla Falsini was born in Rome, where she lives and works.

Her work stands out for its clear lines, minimal, stylized forms, and bright colors, ranging from editorial illustration to large murals, from pieces of design to books. 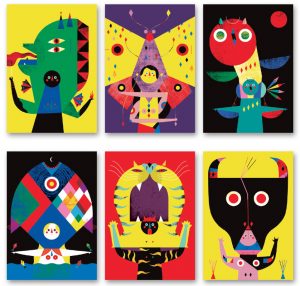