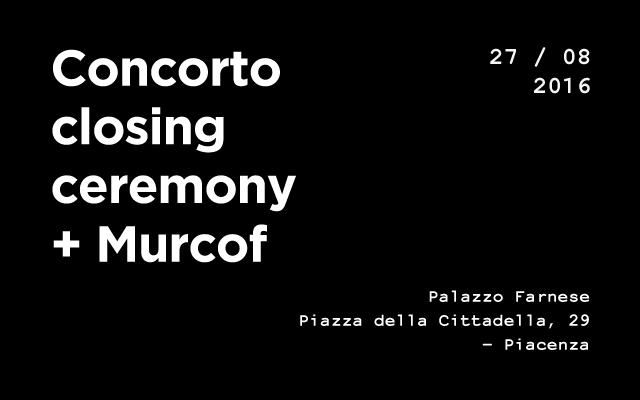 By Concorto25 July 2016No Comments

The Concorto Closing Ceremony will take place in Piacenza, in the Palazzo Farnese courtyard.
Here’s the programme:
9pm Closing Ceremony and screening of the awarded films;
10:30pm live concert with “Life Observing Life” (aka Murcof & Manu Ros) in “Etna: A Portrait”

Etna: A Portrait
“Etna, A Portrait” is, as the name suggests, an audiovisual portrait of mount Etna. For this purpose Murcof and Manu Ros spent eight days video and audio recording on site at the Etna and surroundings. “Etna: A Portrait” premiered in Catania in 2015 at the I ART Festival, in collaboration with Zo Centro Culture Contemporanee; the live was performed also in Paris at the Paris Musique Club and in Modica during the Chvrches events.
Trailer: https://youtu.be/xXvbdgyqgAI