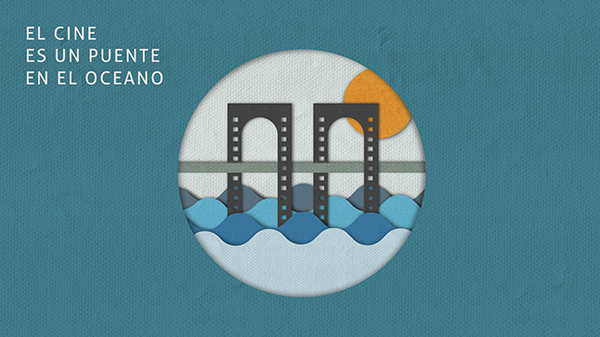 Concorto’s cinematography crosses the ocean and disembarks in Argentina! Thanks to the collaboration between Concorto Festival, the Regional Union Emilia Romagna in Buenos Aires and the Association New Generations TERRA, El Cine es un puente en el Oceano was born: a project that perceives cinema as an intermediary between two distant, yet closely linked, lands.

Concorto will make its first step at Mar de Plata, where the largest Italian community in Argentina, in all of South America and amongst the largest in the world is located. On June 18th, at the MAR Museum of Mar de Plata, a projection of short films will be held, courtesy of Concorto’s vast archive.

Meanwhile, always in Mar de Plata, Tomas Sheridan – professor of Concorto’s  2016 and 2017 editions’ Audiovisiva laboratory – will guide the ws participants towards the discovery of what it means to create an audio-visual product through the use of modern, digital technologies. The objective of the workshop will be twofold; on one hand to give students the necessary tools in order to understand the procedures of creating an audio-visual product, while on the other, making short documentaries that focus on the reality of the people who come from immigrant families from other countries.

At the same time, inside Concorto 2017 a special focus will be dedicated to the short-film cinematography of Argentina. The objective is to give visibility to one of the most esteemed cinematographies of the Latin-American continent, often unpublished or rarely seen in Italy and in Europe. The programme will also be designed in a fashion that encourages debating on the themes of the films, in order to stimulate the encounter between artists, professionals and the public, and thus cultivate and deepen mutual understanding. The selection of short films will be based on two questions: “What does a foreigner see in Argentina?” and, at the same time, “How could a local describe his own land to a foreigner?” The focus will thus be structured as a travelling diary, a journey from North to South, from Buenos Aires and Mar del Plata all the way to the extreme limits of Latin America, the Tierra del Fuego, passing through the cities and uncontaminated nature. Each film will represent one of the stages of this journey of exploration and it will depict a particular environment, describing the space. It will be precisely this survey on space that will serve as a guideline. The short films selected will be paying particular attention to the experimentation on this field, because the cinematically reconstructed space can be just as awe-inspiring as the landscape that reveals itself before the eyes of a traveller.

In closing, presuming that in the register AIRE (Registry of Italian Citizens Residing Abroad) of Pontenure there are about 50 people with reference to Argentina, a research course on the immigration of Pontenure citizens will be organised with the help of certain teachers of the Junior High School involving one or more classes of the school; it will be an occasion to reflect on contemporary migrations and European and Non-European mobility that increasingly involves our younger generations.

Visit Concorto’s Facebook page for continuous updates and join us in this adventure overseas!