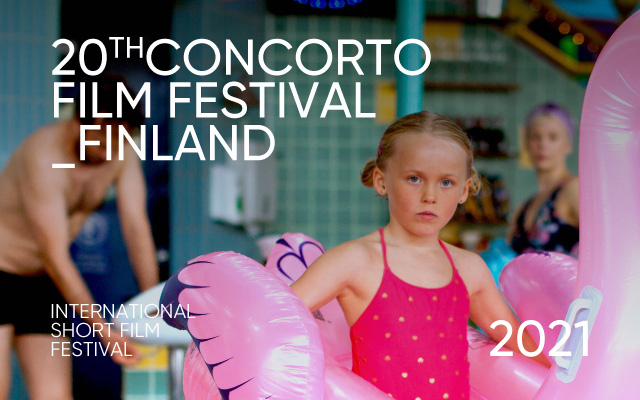 The Finland retrospective respects Concorto’s wish to explore cinematographic languages throughout geographical areas. Finland, Scandinavian country very different from the others of the region, with a smaller population, is not only woods and lakes. Occasionally, from kilometres of distance between one another, apart from the capital’s region where everybody is close, we find Finnish communities. And that’s where the magic begins. Special individuals such as Aki Kaurismäki and his brother Mika have given us some of the most disarming, dramatic and, at the same time, comic portraits of the human soul. Nevertheless, the attention to the landscape is an ongoing element both in Literature and in all art forms. The national identity theme, divided between centuries of Swedish and Russian rule in contemporary times, is also often shown through cinema, setting it in war scenarios.

Finnish cinema today works with different genres and a large supply of new directors thanks to solid institutions such as Suomen elokuvasäätiö (Finnish Film Foundation), born in 1969 to deal with a big crisis of the sector, and a nationwide distribution such as Finniko Oy born in ’86 from the union of 34 active companies in the cinema area.

Proof of this lies in the fact that at least one Finnish short-film is included in the selection in every Concorto Festival edition and in all the most popular short-film festivals. Speaking instead of feature-length films, directors like Jukka-Pekka Valkeapää with Koirat eivät käytä housuja (Dogs don’t wear pants) presented at Directors’ Fortnight at Cannes in 2019, or Hannaleena Hauru with Fucking with nobody, promoted and presented at the Biennale Cinema in 2020, are worldwide acknowledged.

This year the choice fell on the Scandinavian country also to re-establish relations with the important Tampere Film Festival. This retrospective gives the opportunity to collaborate with them and the Finnish Film Foundation, to whom a slot of the projections will be dedicated.

The explosion of a swimming ring, Tommi Seitajoki 2020