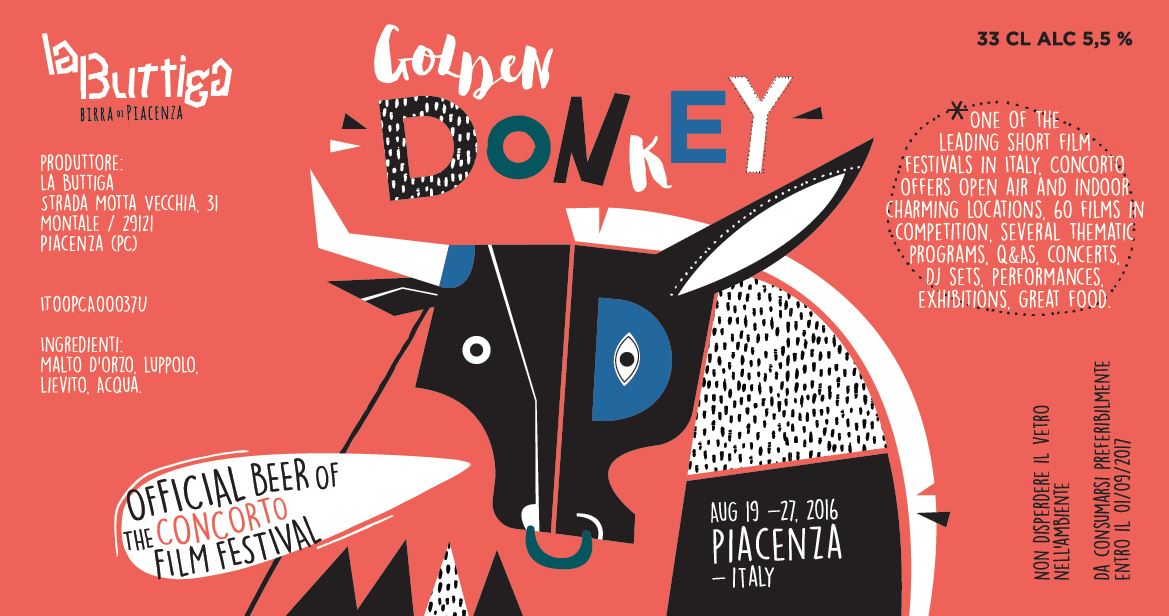 Buttiga’s bull and Concorto’s donkey have joined forces and, after the fruitful collaboration during the festival last editions, have created a unique beer, taylor-made for Concorto by the famous local brewery.
The first who will taste the Golden Donkey are the Hamburg Internationales Kurz Film Festival attendees, joined by our delagates who will attend the German festival, since 2015 one of Concorto’s international partners. The Golden Donkey bottles will be then available in the best pubs of Piacenza and during Concorto Film Festival (20-27th August).
Special recipe by Buttiga, graphics by Wipa, concept by Concorto.
Cheers!