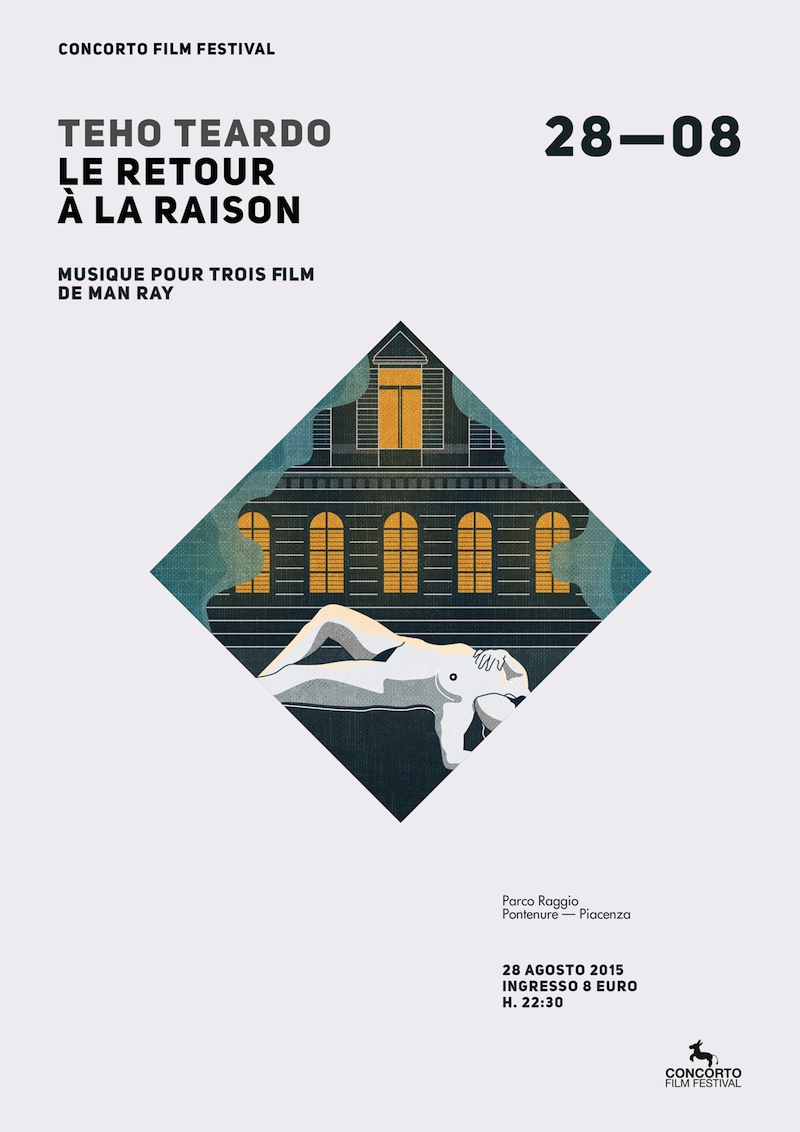 The live show features Teardo on guitars and electronics accompanied by Stefano Azzolina on viola and Vanessa Cremaschi on violin, all three playing with the film projection in the background, as a tribute to Man Ray (Philadelphia 1890 – Paris 1976), painter, photographer, director and great Dadaist artist.
The concert also includes the contribution, during “L’etoile de mer”, of an orchestra composed by local guitar players who step in on stage to fill the air repeating one chord, C# minor.

Teho Teardo will be part of the jury for the 2015 Concorto Film Festival.