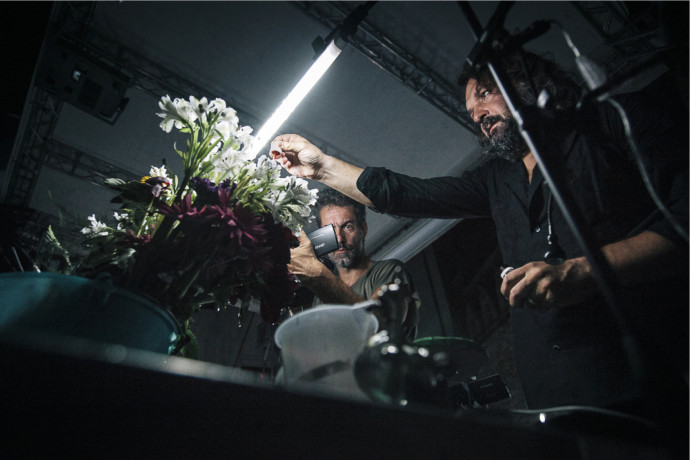 “CINEMA OR VIDEOART?” A TALK WITH MASBEDO

Home » News » “CINEMA OR VIDEOART?” A TALK WITH MASBEDO

It is quite common to go to a museum, watch a video-art clip and say “but this is cinema!”; and, at the same time, some movies actually make us think “but this is a work of art!”. The boundaries between art and cinema are, in fact, blurred and have been trespassed by many artistic movements, from dadaism to surrealism until today.  At Concorto we will address this topic with Masbedo –  Nicolò Massazza and Jacopo Bedogni – an artistic duo that has been wandering in the land of art and cinema since 1999. They took part in the Biennale di Venezia – Italian Pavilion in 2009, collaborated with, among others, Jan Fabre, Walter Siti, Michel Houellebecq, Marlene Kuntz, Gianni Maroccolo, Fannie Ardant and Juliette Binoche. Their videos and films have been screened at the Locarno Film Festival and at the Mostra Internazionale di Cinema in Venice.
In Piacenza they will present two of their works: Distante un padre (2010), script by Aldo Nove and music by Marlene Kuntz; and Person (2008). Together we will discuss the many forms of art and cinema, trying to avoid too easy simplifications and academic schemes; instead of asking “What is art? What is cinema? Who’s Masbedo? Is it video-art or cinema?” we will try to understand why these questions might be unnecessary.