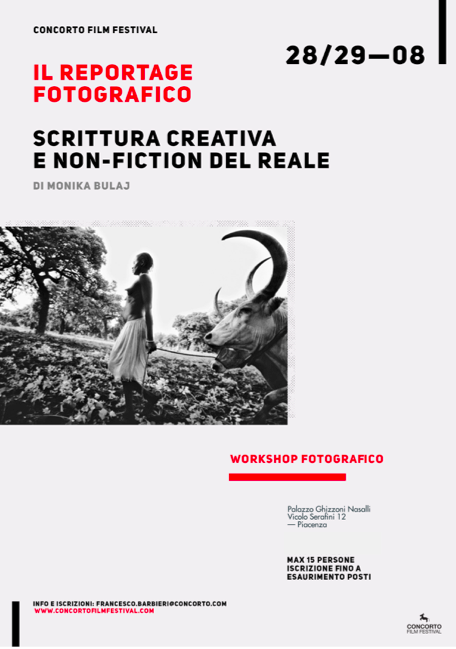 A photographic workshop by Monika Bulaj.

Max 15 participants
Enrollment is open until class fills.
The workshop will be held in Italian.

The workshop
Key element of the workshop will be the analysis of the reportage, considered as some kind of writing process, a “creative non-fiction” narration of reality. As in writing, great attention will be given to composition, rythm, sequences, counterpoints. Everything will start from the public discussion and analysis of everyone’s portfolio.

Requirements
The workshop is open to everyone; analog photography is welcome and encouraged.
To attend the workshop each participant must provide a story composed of 12 pictures, either printed or on USB key. Basic knowledge of dng/raw files and digital archiving is required.

Monika Bulaj will be part of the jury for the 2015 Concorto Film Festival.