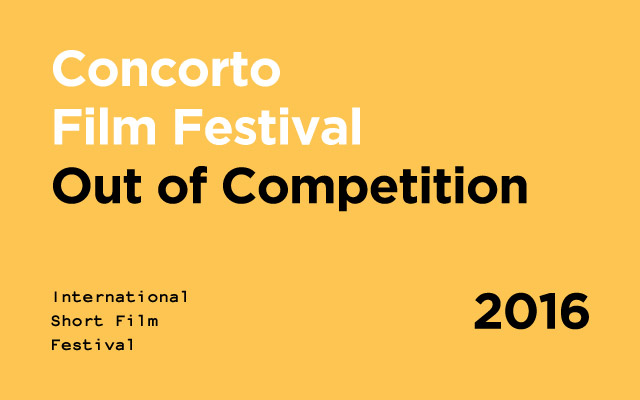 By Concorto9 August 2016No Comments

The 15th edition of Concorto Film Festival presents an accurate selection of out of competition shorts, focussed on two countries (Greece and Cuba), on festivals, topics, production houses and journeys through the world of cinema.

FOCUS CUBA
When working for this focus, we noticed two recurring feelings in the stories of the young filmmakers that animate the island’s new cinema. On one hand, the new generation is characterized by a great desire for emancipation; but at the same time, they show a feeling of deep affection and respect for the identity of the island and its history . Therefore, in building up this visual journey, we tried to keep in mind the contrast between escapism and nostalgia, investigating the relationship between young Cubans and their land.
This short films selection has been realized also thanks to the San Antonio de los Baños Escuela Internacional de Cine y TV ( EICTV ), celebrating this year its thirtieth anniversary, and thanks to the festival Muestra Joven ICAIC, an event dedicated to the work of young Cuban filmmakers promoted by the Cuban Institute of Cinematographic Art and Industry . The authors of the works presented here are all young Cuban, with the exception of a young Iranian director who moved to Cuba to study in the famous Escuela Internacional de Cine y TV . The present selection results in a colorful picture of Cuba and the Cuban cinema, a place to experiment and in which authors can tell small stories impregnated with reality.

FOCUS GREECE
Today, Hellenic cinema seems to be among the most interesting and prolific in the whole European continent. Thanks to the collaboration with the Greek Film Center, Concorto Festival will offer to its participants the best selection of Contemporary Greek Cinema.
Much attention has been paid to the work of the up-and-coming film director Konstantina Kotzamani. What is more, Concorto’s artistic direction has made a selection of movies representing way the creativity of contemporary Greek cinema at its best.
The Greek Film Centre (G.F.C.) functions as a public liability company that belongs to the public sector and is supervised by the Ministry of Culture and Sports of the Hellenic Republic. The mains aims of the Organization are:  “the protection, support and development of the art of film in Greece”.

BONOBOSTUDIO RESTROSPECTIVE
Bonobostudio is a company specialised in production and distribution of award-winning animated and experimental films. It was founded in 2008 as a hub for creativity and innovation in experimental animation. Bonobostudio loves working with talented filmmakers, whether they are just beginners or established artists. We are passionate about expressing their visions and in doing so we value high production and artistic standards.
Bonobostudio is also a proud distributor of great short animated and experimental films. We distribute only the films we like ourselves! Consultancy in the fields of film production and distribution is also a part of our daily business as well as curating film programmes, attending film festivals, markets and pitching forums.

IN THE PALACE FILM FESTIVAL
IN THE PALACE is an international festival dedicated to short films, new media and digital arts under 27 minutes in length. The main purpose of the Festival is to present contemporary film art from Bulgaria, Europe and the whole world. IN THE PALACE ISFF provides an exceptionally favorable environment and platform for expression for both young film artists and established professionals in this artistic field. Established in 2003, the festival has grown from a competitive forum for student films into the largest and most prestigious short film festival in Bulgaria and the region.

NORDIC MADNESS
Scandinavian humor has not much in common with Italian humor, but it has many faces: it can be
subtle, it can be dark, it can be obsessive, it can be crazy. The vague of madness and weirdness, well established in the cinema of great directors like Aki Kaurismaki, Bent Hamer, Roy Andersson, is also very strong in short films, and the shortness often encourages directors to be even crazier. We present in this small retrospective 9 films from Sweden, Norway and Finland, that span the last decade of Scandinavian madness. Get a beer and chill out.

UBIK
Experimental cinema and new languages
Ubik is a passageway, a secret door that leads to many different places. It is the space where language dares most, where visual grammar takes new shapes, it is a space populated by out-of-the-ordinary characters. These characters live in different worlds, exotic lands in which life is constantly on the verge of madness and bewilderment. In this place cinema is free to experiment and to chase the ancient myth of the “vision” (visions appear in the eye of animals, or in vitreous
undertows); nature reveals its inner cruelty and pain finds new colours to express itself, while men
are happy to die in order to become something else. Which is is the line not to be trespassed in  order to avoid madness? What do the what lives around us is no longer so?

DEEP NIGHT
After midnight, the small Teatrino Serra in Parco Raggio will get very dark: we will show thrillers,
horrors, black comedies and also short films that are really impossible to catalogate. Only the adjective nocturnal can describe them. So be prepared to laught weirdly, to see strange plot points, to get scared. But most of all, be curious and ready to be surprised!

THE HEYDAY OF THE INSENSITIVE BASTARDS
Based on short stories from Robert Boswell’s collection, seven vignettes explore the difference between fantasy and reality, memory and history, and the joy and agony of the human condition.
This peculiar “feature film”, composed by 7 short films directed by 7 directors, has been created during the “Adaptation and Collaboration” class that James Franco teaches at UCLA.
Produced by James and Vince Jolivette’s company Rabbit Bandini in collaboration with UCLA, the film has an all-star cast that includes, besides the same Franco, Natalie Portman, Kate Mara, Kristen Wiig, Matthew Modine, Rico Rodriguez, Amber Tamblyn.
Each shorts in this project has its own universe, but the film works very well as a single project, with a dense atmosphere that spills over from one short to the other. The screening at Concorto of the whole project is its INTERNATIONAL PREMIERE. Rabbit Bandini Producers: James Franco, Vince Jolivette, Jennifer Kristen Howell, Michael Masini (executive producers); Jonathan King, Samantha Barrows (producers). Interstitial Director: Jonathan King.

UNIQUE EVENT | WORLD PREMIERE | ABCD by SIMONE ROVELLINI
ABCD is a film divided by episodes built following one simple rule: each episode is narrated just through words starting with the same letter. The language is the limit of the world and within this strict framework four stories of women are represented. Anna, Barbara, Chiara e Daria are trapped in a surreal reality, always achieving a grotesque morality. The project, self-produced, has been developed since 2013 thanks to many young professionals.