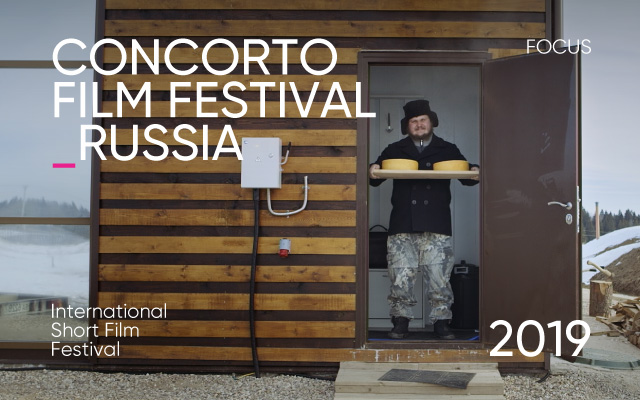 This year Concorto turns its attention to a “distant neighbour” of ours: one of this year’s geographical focuses is in fact dedicated to Russia and its interesting contemporary cinematography. A country-continent, a patchwork of 160 different ethnic groups: through history, Russia has represented an essential interlocutor for Europe, both from a political and cultural point of view.

With the advent of the 21st century, Russian cinema experienced a sort of “Renaissance”. Directors such as Andrey Zvyagintsev and Alexander Sokurov started to acquire international prestige. Today, Russian cinema has strongly re-established itself as powerful through the combination of numerous elements coming from Soviet classics as well as its own contemporary style.

Russian cinema, just as any other Russian forms of art, presents a series of recurring themes: mysticism, psychological investigation, symbolism, irony, and other dark elements appear on screen as frequently as in Dostoevsky’s pages.

Just as great Russian authors shaped their language looking up to Pushkin, so can the cinematographic language elaborated by Andrey Tarkovsky be found in numerous works of depth created today.

The ambition of our geographical focus is to intercept the contemporary artistic expressions which narrate in front of our eyes the complex realities of this “distant neighbour” of ours, as well as talking about universal themes focused on the human and his relationships. The aim is to seize the “Русская душа / russkaya dusha” (the Russian soul) in its kaleidoscopic mutability: from its livid metropolitan atmosphere to its endless and fascinating steppe, from its poetry about everyday life to the seed of irresistible and childish madness which has always distinguished this nation between Europe and Asia, without forgetting the famous Russian school of animation that gets recognition since the times of the Soviet Union.

Let’s take as reference points films like Closeness by Kantemir Balagov or Loveless by Andrey Zvyaginstev, both awarded in Cannes in 2017 and both expression of a powerful cinema from a visual and emotional point of view, a cinema which is able to talk about the values crisis of contemporary Russia through very personal events. Extraordinary documentaries should also not be forgotten, such as The Celestial Wives of Meadow Mari by Aleksey Fedorchenko, which narrates stories close to fairy tales related to the traditions of one of the many populations that constitute the Russian melting pot.

The short films we selected have the ambition to mirror the current state of Russian cinema, which never fails to hold a prestigious and prominent place in the heterogeneity of current artistic expressions. Our attention focused on the small stories of a great country, on personal and family relationships, on paradoxical, hilarious, dramatic and touching events.

And if Herzog himself wandered and lost himself in the boundless Siberia with Bells from the Deep, why should not we do the same?

THE FIRST THUNDER by Anastasia Melikhova (2017)